Earlier this month, at the Microsoft 365 Developer Day event, Microsoft made several important announcements for Windows developers. Among them was an alpha release of WinUI 3.0. This is the second alpha release of the upcoming major update to the WinUI libraries, due to be released toward the end of this year.

WinUI 3.0 will be a major update over the 2.x releases. Outside of the WebView2, there will not be many new controls. The team is focused on building out WinUI to be a complete UI framework that can be built on top of either the UWP or Win32 platform layer for new app development. Developers can leverage C++ to build Win32 apps with WinUI or .NET to build WinUI apps with the UWP platform. It will also be possible to modernize existing WinForms and WPF apps with XAML Islands and WinUI controls. That's right, WinUI 3.0 will include XAML Islands.

Getting started with the WinUI 3.0 alpha requires Visual Studio 2019 version 16.4 or newer. You'll also need to request access to the Visual Studio extension that adds the new project templates for WinUI 3.0.

To read all of the information about the current alpha, including pre-requisites and current limitations, check out this page on MS Docs. Find out even more about the plans for 3.0 by reading the roadmap on GitHub.

Are you new to WinUI, UWP or XAML in general? Keep an eye out for my new book, Learn WinUI 3.0, coming this fall from Packt Publishing. I've just completed a draft of the first chapter, and I'm looking forward to guiding new WinUI developers in building their first Windows apps.

This post was originally published on my Morning Dew blog, here . This post is part of the C# Advent Calendar 2021 . Be sure to check out ... 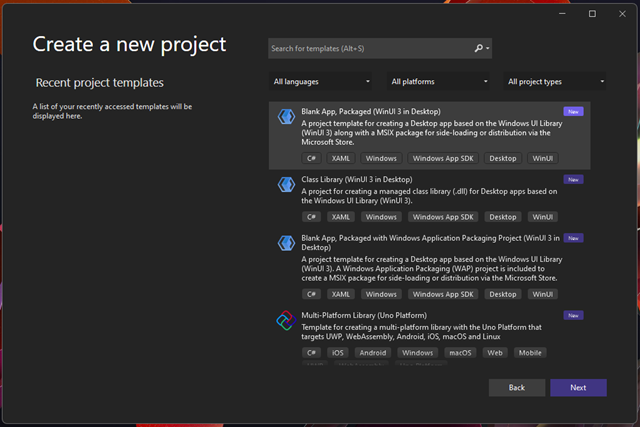